One in four people in the Cleveland area will need United Way services at some point in their lives. These campaigns highlighted four of the most utilized services. They appeared in newspapers, hung in prominent office buildings as posters and ran on radio stations throughout Cleveland. Both campaigns generated a record number of donations and helped thousands of people in need. A nonprofit that profited in so many ways.

The “Wishes” campaign played upon the things people wish for. It was a stark reminder to people that they could grant the wish of those in their communities who want to overcome their current circumstances and live better lives. 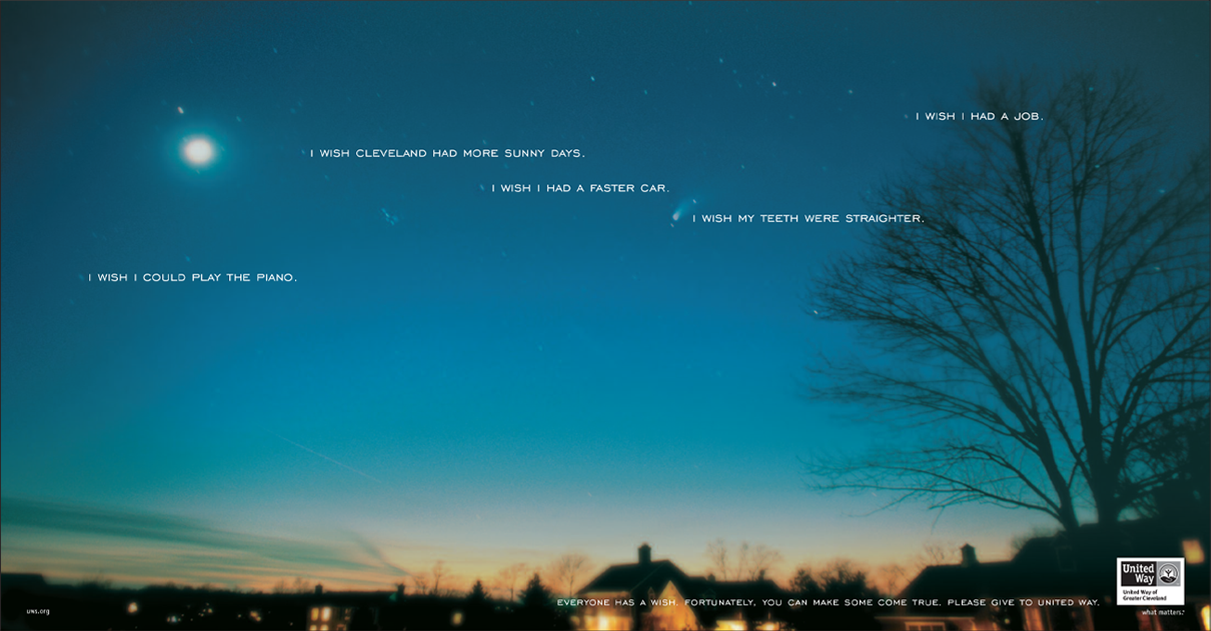 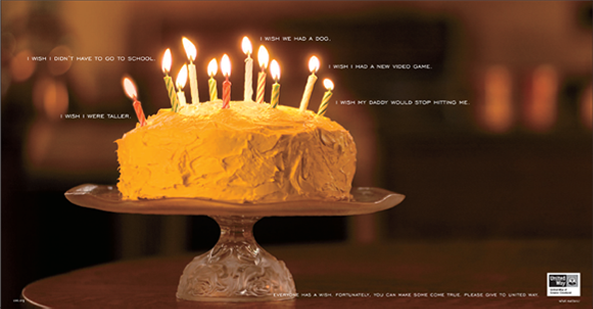 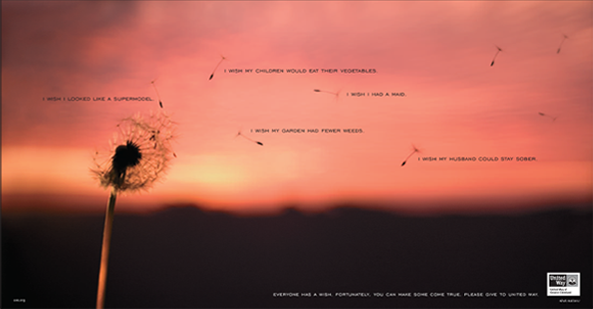 The “Pretending” campaign played upon the fact that most people simply turn their heads at the problems that plague those in their communities. Bold and arresting, these ads captured the attention of the reader and told them how they could help. 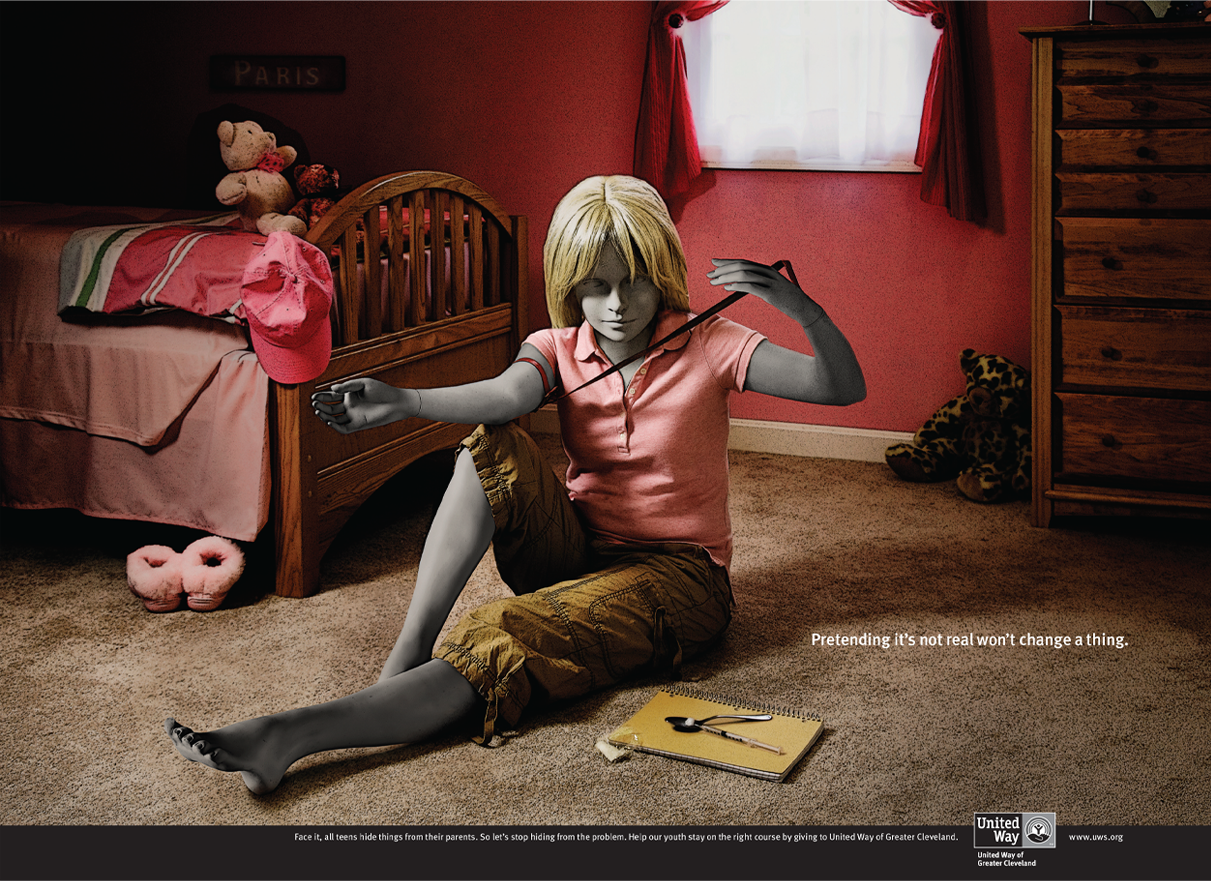 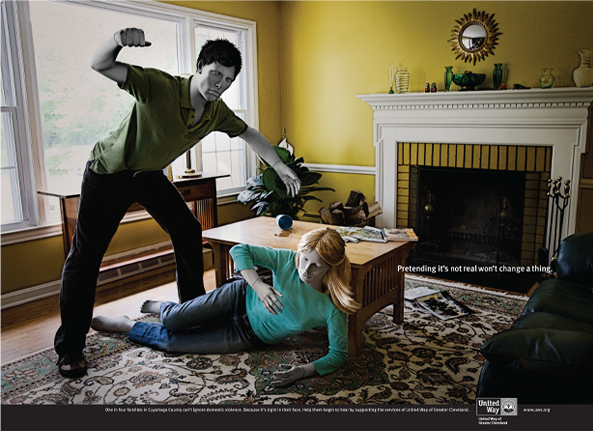 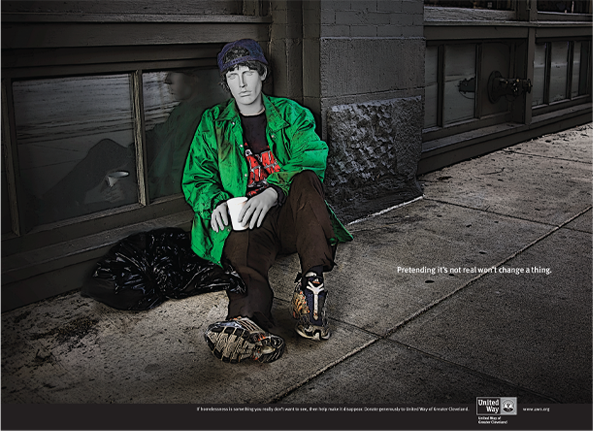 Not getting what you need from your current agency? Looking to elevate your brand?

You’ve come to the right place.